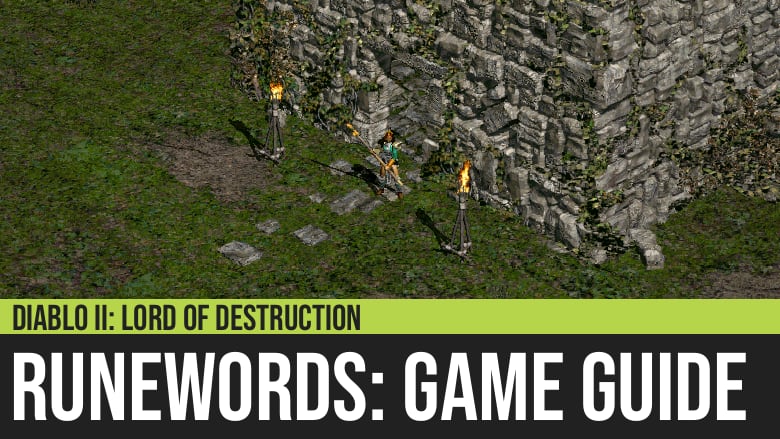 Runewords are what separate Diablo II from all existing loot-based action RPG and elevate it to be the best hack and slash item collection game of all time. Runewords came late and got introduced only in the expansion Lord of Destruction, but it was enough to make it a game that can last for hundreds of hours, giving it an engaging loop in our search for the best items in the game.

Runewords are crafted items that follow known recipes. At a glance, they look like items in games where crafting is a core mechanic, like in Monster Hunter. We must remember that the core item mechanic of Diablo II is random item drop, not crafting. Weapons and armor drop from monsters, we don't craft them. But with Runewords, it complemented this random drop mechanic instead of replacing it, creating a powerful synergy that gave it much depth, without necessarily making it complex.

With Runewords, Diablo II became a more engaging crafting game, more than Monster Hunter, while not even having it as its core loop. In other words, Diablo II gained the best of both worlds, random and deterministic items.

Let's illustrate this with an example.

If you want to create a good weapon in Monster Hunter, say the Scorching Blazer, you need to do the following:

Now, in Diablo II, you decided to create a weapon called Eternity. To craft this, you need to do the following:

If you think about it, the depth of Diablo II's runewords is multiplicative. It produces a lot of variety while keeping the mechanics extremely simple. You just need a weapon with five sockets and five runes. That's all. But what they are and where you get them, that's where Diablo II's runeword crafting beats Monster Hunter by a large gap.

We shared above that runewords follow a specific recipe. If any ingredient in the recipe is not followed, the transmutation will not work, and you will waste your ingredients. Hence it is very important that you become familiar with the terms used in the runeword recipes. And most important of them are those used for the base weapon and armor.

Remember to always use the right items based on this terminology:

To successfully create a runeword, you must follow these steps:

The best runewords in the game are available only on the Battle.net Ladder. To make them available in your offline game, a plugin called Plugy is a good option. It makes all the official runewords craftable.

These are the runewords that are available only in the Battle.net Ladder. Do not try to craft them elsewhere, unless you are using Plugy.