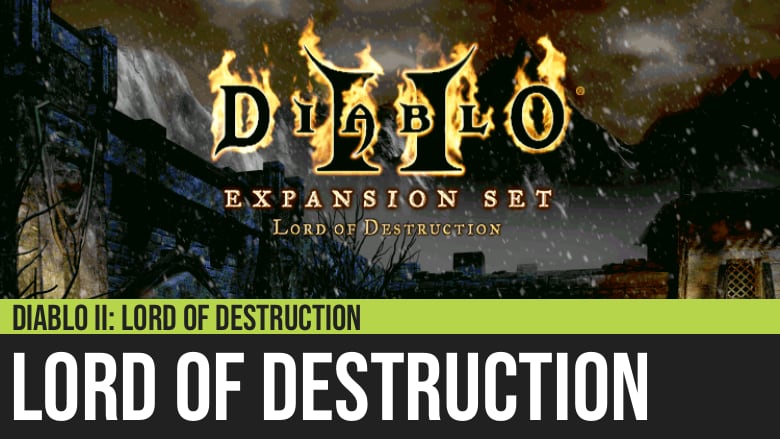 Diablo II: Lord of Destruction is the best selling expansion pack released in 2001 for the action role-playing game Diablo II. It revolutionized the game by introducing features that gave it the longevity it enjoys up to this day. It refined what exists in the base game and then elevated its itemization, which ensured its position as the prime of all loot-based games.

Lore of the Expansion

In Diablo II: Lord of Destruction, you return to purse and stop Baal, brother of Diablo and the last of the remaining Prime Evils, from corrupting the powerful Worldstone, which protects the whole of the mortal realm from the forces of the Burning Hells. It will be up to you to defeat Baal and stop the forces of evil before they turn Sanctuary into a permanent outpost of Hell.

New Features of the Lord of Destruction Expansion

Enhancements to the Base Diablo II Game

The Assassin is the archetypal shadowy character that is silent but deadly. She is a master of martial arts and uses traps and enchanted items to execute her enemies.

She is an expert in the art of killing, relying on stealth and skill, instead of brute force or fair combat.

The Druid is the archetypal earth-warrior who uses the power of nature and the elements to combat evil. He can transform into a Werewolf or a Werebear to maul and destroy his enemies. He can summon mystical animal companions, like the wolf, the raven, or the bear to do combat. He has control over nature as well and can attack with fire, wind, and vegetation.

In summary, the Druid is like a combination of a Sorceress, a Necromancer, and a Barbarian. Also, he is the only class that can transform into a mighty beast.