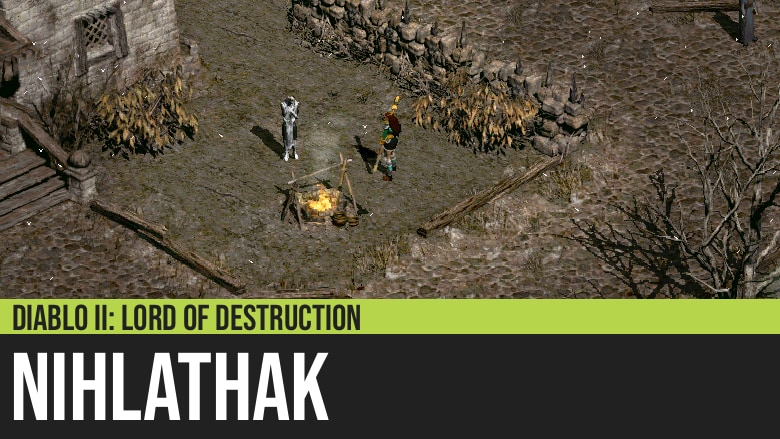 Nihlathak is the last surviving Elder of Harrogath. He serves as the gambling merchant at the start of Act V, but will later disappear as the quests of the hero progress.

At the course of Act V, Nilathak will make a deal with Baal, so the Lord of Destruction will spare Harrogath. In exchange, Baal will receive the Relic of the Ancients from him. This will enable Baal to reach the summit of Mount Arreat without being challenged by the Ancients.

Nilathak will become a boss enemy later on in one of the quests. Being a Necromancer, he is extremely dangerous as he can summon monsters and explode their corpses, typically one-shotting hirelings and even heroes. 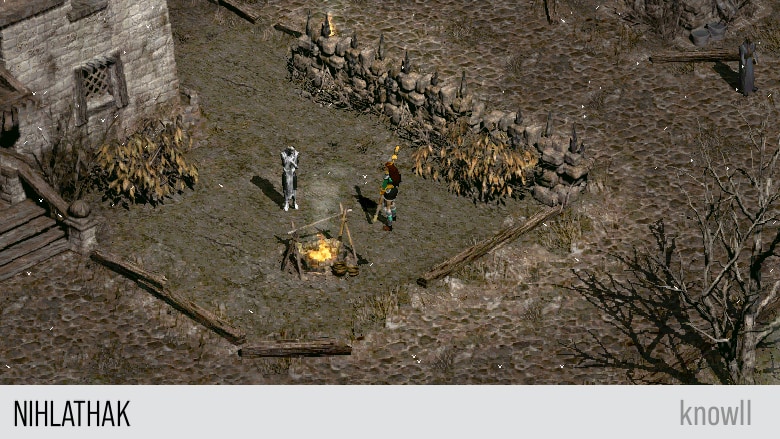