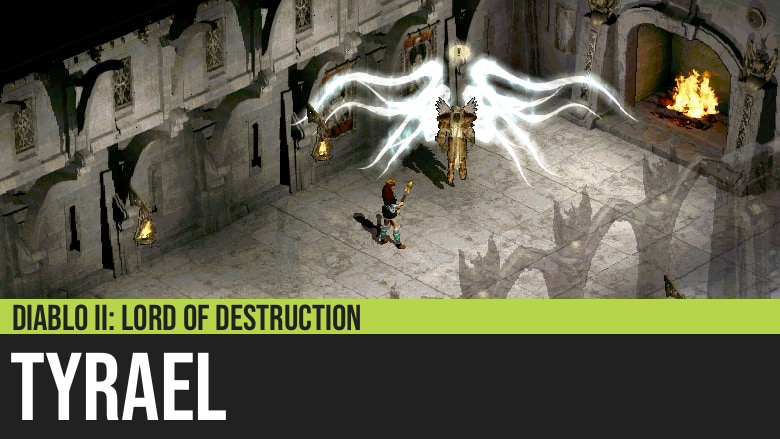 Tyrael is an archangel who has been helping humanity fight the Prime Evils. In Act II, he was imprisoned by Baal and Diablo in Tal Rasha's Tomb. With the hero's help, he gets freed and moves as a permanent NPC in Act IV. There he will provide two quests, the first to defeat Izual and the second, to defeat Diablo.

At the end of Act V, Tyrael will give his final speech and destroy the Worldstone. 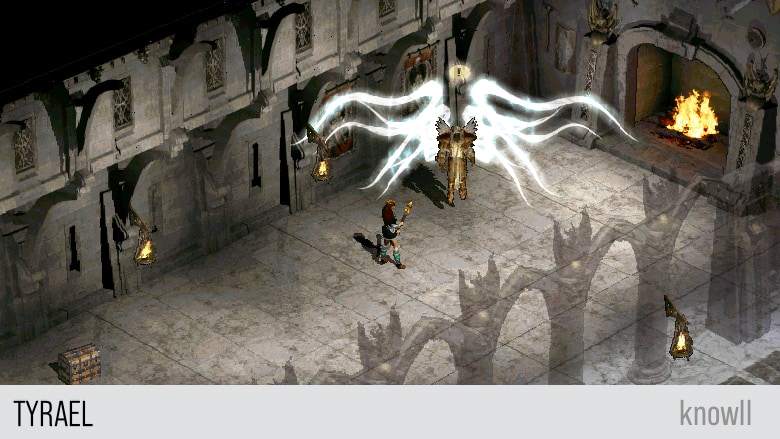