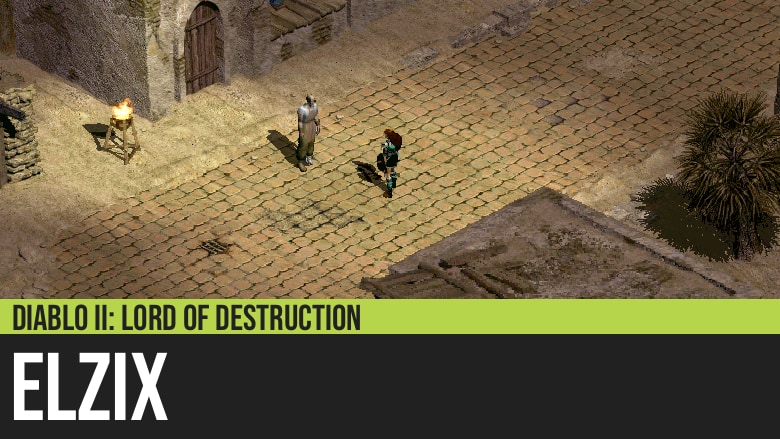 Elzix was a former bandit king who became an innkeeper after settling down in Lut Gholein. With his current business, he also serves as a gambling merchant and sells weapons and armor. He became handicapped after several attempts of assassination. 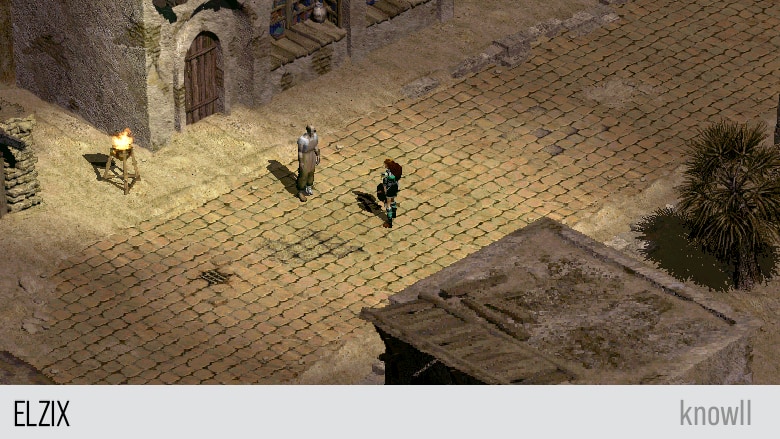