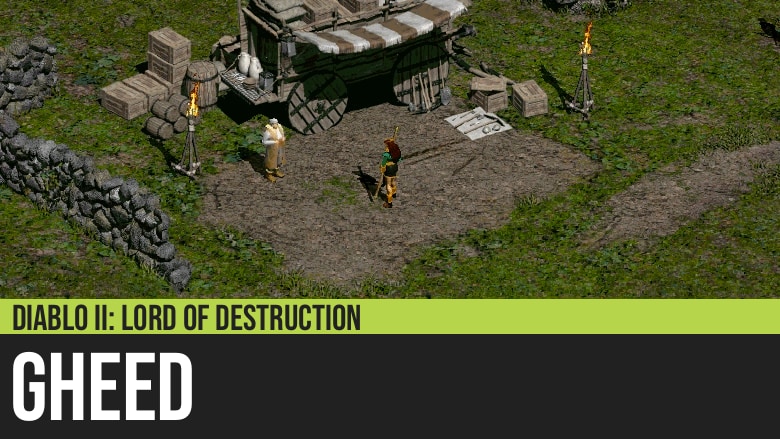 Gheed is an NPC located in the Rogue Encampment. He is a merchant who sells weapons and armor and provides the gambling services in Act One. His name sounds like greed because he is greedy. He does not give any quests or quest rewards. You can finish the game without ever talking to him or using his services.

In the expansion Lord of Destruction, a unique grand charm named Gheed's Fortune was added. It is one of the best grand charms as it increases magic find, gold drops, and reduces vendor prices.

In the dialogues of the game, he is depicted as scared of the Necromancer class.

Gheed has a daughter, Kadala, who will become an NPC in Diablo III. She considers him a great man. 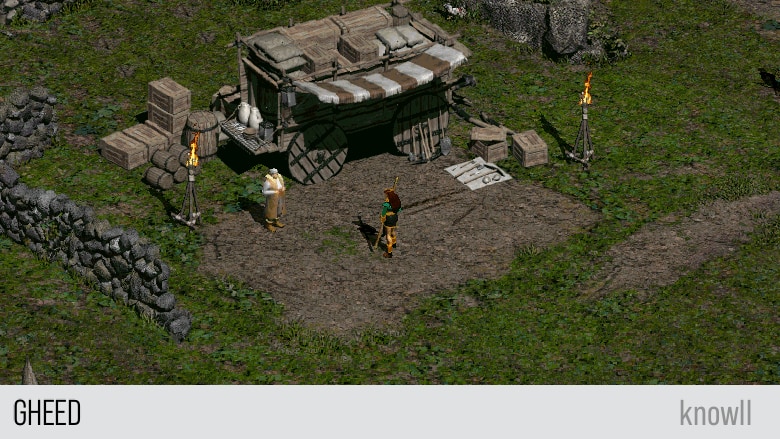