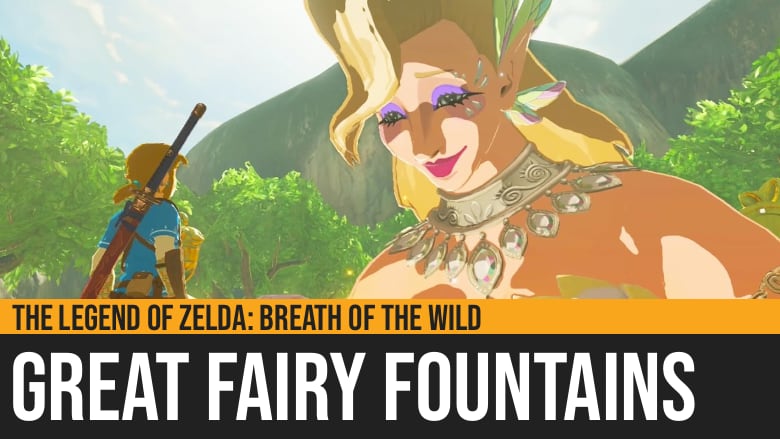 The Legend of Zelda: Breath of the Wild - Great Fairy Fountains

Unlike a traditional action-RPG game, The Legend of Zelda: Breath of the Wild lacks a comprehensive upgrade system. There are no experience points to allocate, no skill-trees to traverse and level up, and no character attributes like strength, intelligence, or dexterity.

However, being an adventure game, BOTW has an upgrade system for the various armor of Link. And this is achieved through the Great Fairy Fountains.

The Great Fairy Fountains are special landmarks that enable you to upgrade your clothes and armor pieces. There is a total of four Great Fairy Fountains in the game. As your armor determines the kind of places you can visit with ease and the level of enemies you can face without getting frustrated, having access to the four Fountains is an important goal in your playthrough. The real challenge is finding them.

The upgrade system with the Great Fairies is reminiscent of that in Monster Hunter. All upgrades are done through crafting - using ingredients that you can collect from your journey. These could be body parts of monsters, gems from mining, even plants, and insects. The higher the level of upgrade an armor has reached, the more exotic the crafting ingredient.

The four Great Fairy Fountains are strategically distributed in the game. You would need to explore many areas in the land of Hyrule to find them. Two of them are even opposite of each other in the full map.

Also, the services of the Great Fairies do not come for free. You have to unlock each for a price. With each unlock, the level of possible armor upgrade increases. You don't have to revisit the same Fairy, though, as the level of upgrades is available among all the Fountains. You just need to reach and unlock a Fountain once.

Upon leaving the Great Plateau, you have a major quest that tells you to visit Impa. And what a pleasant coincidence, the first Fountain is located just within her village, a few walking steps from her house. The first challenge then is not about finding the Fountain, but about money. Do you have the money to unlock her magical services?

Cotera will ask you to pay her 100 rupees to restore the lost magical powers of her Fountain. If you just went straight to Kakariko Village without much exploring, you most probably don't have this amount. Or even if you have the money, there is a merchant store selling good armor at the entrance of the village, you most probably have spent it there.

So how do you easily get 100 rupees assuming you have spent all you have before reaching the Fountain?

After unlocking Cotera's first Fountain and upgrading your armor, you will soon discover that you no longer get one-shot by Moblins and blue Bokoblins. You have become stronger and have more chance to heal during battles.

However, this still does not make you a sturdy warrior that can face a Lynel, even a red one. You can try, but you will need some Dark Souls level of skills, fortitude, and preparation to battle with ease. Most probably, you will just get frustrated or eat up through your stored food and weapons to beat one.

Your second goal towards becoming a strong warrior of Hyrule will be then to reach and unlock the second Fountain, Mija's Great Fairy Fountain.

Unlike the first Fountain, the second one is hard to find, and most probably, you will not find it on your own. There is a higher chance that you will meet the first Divine Beast rather than the second Great Fairy.

The second Fountain is located in Akkala. Mija will ask you to pay her 500 rupees to restore the magical powers of her Fountain. By now, you should already be familiar with the concept of mining and farming and can come up with the means to make money on your own.

With the unlocking of the second Fountain, you will find out that the game has become relatively easier. This is the Fountain upgrade level as well when armor set bonuses become unlocked. We can confidently say that you can finish the game and face all kinds of enemies with this level of upgrade. You still need to be good though in combat.

Now that you have a level-two Fountain, you are more confident in facing Moblins and Bokoblins. You no longer get one-shotted. However, these enemies will also upgrade themselves as you progress in the game and kill more of their relatives. The red monsters will become blue, and the blue will become black. It is time for you to level up.

Interestingly, the third fountain is easier to find than the second fountain. In fact, there is a quest linked to it, that it almost becomes unmissable. It's also strategically placed such that it's easy to find, even without the quest.

Kaysa's Great Fairy Fountain is located in Tabantha Region. She will ask you 1000 rupees to revive the magical powers of her fountain. With the third upgrade, you can now face confidently even Guardians and Lynels. You will most probably need this level of upgrade to efficiently farm these monsters without being too careful in the combat.

Among all the four Fountains, this is the one that is hardest to find. You would most probably have explored much of Hyrule before you discover it. And it's even located in an area where the map does not work. It is easier to accidentally reach the limits of the Hyrule world than to reach this.

However, discovering the fourth Fountain is worth it. With this level of upgrade, you become an unbeatable warrior, and the game reaches its most comfortable mode. You can start tanking Guardian and Lynel attacks, and the Blight bosses are no longer that scary.

Tera's Great Fairy Fountain is located in the Gerudo Desert, hidden under the Gerudo Great Skeleton. Tera will ask you a high price of 10,000 rupees to revive her magical powers. Most probably, you would not have this money upon reaching her Fountain. However, you should already be a master of farming and making money at this point in the game. 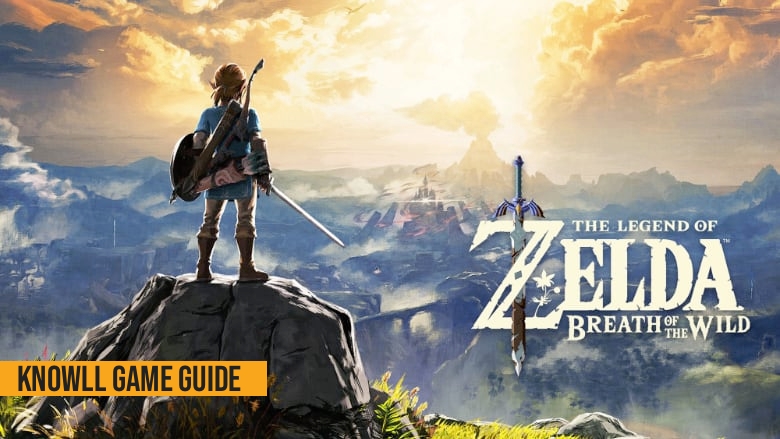 The Legend of Zelda: Breath of the Wild - Game Guide