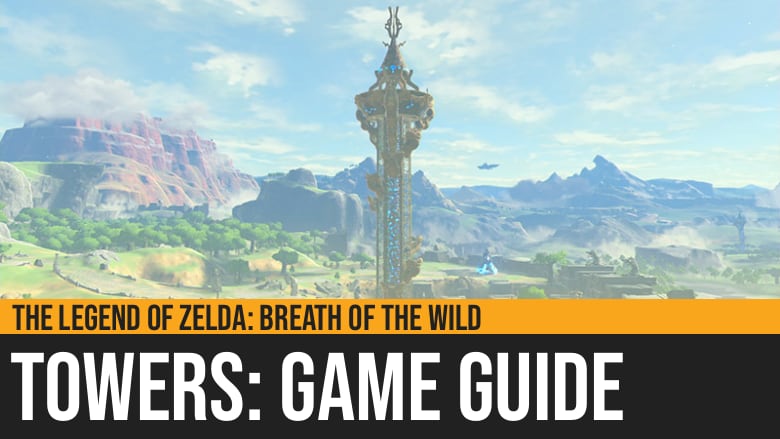 The Legend of Zelda: Breath of the Wild - Towers Guide

Towers in the Legend of Zelda: Breath of the Wild serve as a means for you to expand the map of the game and as a central teleportation hub for newly discovered areas. There are several of them spread across Hyrule, and though they are not as many as the shrines, they are a visible and significant mark of progress in your playthrough.

There are fifteen total Towers in the game, and you must activate them all to fill up the map of Hyrule completely. Most of them are easy to find and to reach, but there are a few that are truly challenging and will require some strategies to overcome.

We divided the grouping and presentation of the towers below based on this premise:

Lore of the Towers

The Sheika Towers are structures built by the ancient Sheika tribe ten thousand years before the main story of Breath of the Wild.

In the same way that there is no prescribed approach to play the game, there is also no proper sequence in which the fifteen towers outside the Great Plateau should be activated. BOTW gives you the freedom to go anywhere and activate the towers in any sequence that you please.

However, if you like to overcome the challenges presented by the towers easily and in proportion to the growth of your character, you might want to follow the grouping shown below.

After leaving the great plateau, your character should have at least one extra Heart Container or one extra Stamina Vessel. This means that your character is not yet ready for climbing long distances or for fighting multiple tough enemies. Your defense, as well as your offense, is just too weak.

Hence the following safe and easy to reach towers should be no problem for your character.

If you are following the main quest given by King Rhoam, the first-ever tower you will reach is Dueling Peak Tower. It is intentionally placed by the developers of the game in your route to Impa. It is very hard to miss, as it is exactly on the road you are taking in your journey for the main quest.

There are no enemies guarding the tower, and it is a straightforward climb for you. Activate it, and you will receive as well a reward, a tool called Sheika Sensor, which will help you in your search for shrines.

After meeting Impa, she will give you a quest to visit a scientist named Pura, her younger sister. If you are following this quest, then you will automatically see this tower as it is very near to the town where Pura's laboratory is adjacent.

Unlike the earlier tower, this one has a number of enemies guarding it, but they are weak, just a moblin and a few bokoblins.

This tower also has some obstacles that prevent you from an easy climb, but you could quickly solve this with fire arrows.